The general formula for the damage of any skill is

That's a lot of stuff going on so let us break it down:

In the following we will take a detailed look at each of those factors and provide some examples. 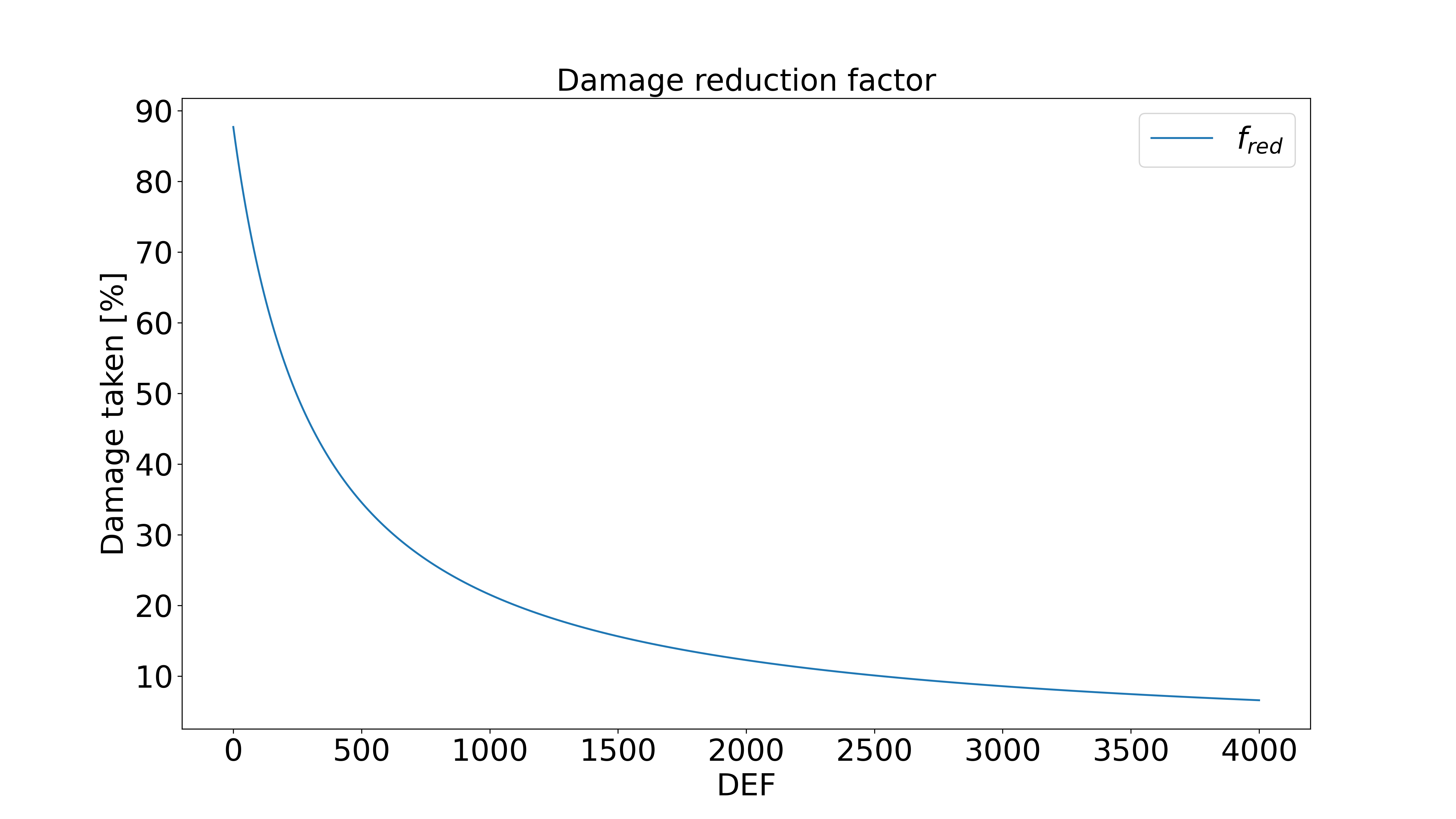 Some skills behave in a special way. Those skills can be put into categories which get their own names. This is similar to how other games might have things like "magical damage" and "physical damage" yet not quite the same because in Summoners War there is no such differentiation, damage types here merely affect the damage calculation.

True damage still fluctuates but is not subject to damage reduction by defence (f_{def} = 1). The only thing currently in the game dealing true damage are bombs.

Fixed damage deals exactly like the damage you calculate, it is neither subject to damage reduction by defence nor the random fluctuation of normal damage skills (f_{def} = f_{fluct} = 1). Examples of fixed damage are Skogul's S2, Ramagos' S3, or Arnold's S3.

Pure damage is pretty much like fixed damage but unlike that it does not get influenced by damage reducing passives or the brand debuff or anything else. Continuous Damage and the first part of Akroma's and Daphnis' S3 are examples of pure damage.

There are four different types of hits an attack can have: Critical Hit, Crushing Hit, Glancing Hit, and Normal Hit.

The order in which the game evaluates as what kind of hit a hit lands is as follows:

If none of those checks are passed, then it is a normal hit.